In With The Old

Call it the surprise inside: historic residences retrofitted with modern interiors. Homeowners may love the idea of properties that embrace the aesthetics of an earlier era, but they are drawing the line at living a century-old lifestyle. By purging boxy rooms, awkward layouts and tiny closets they arrive at that sweet spot where the age of grace meets the age of technology.

More than just age, historic homes embody the spirit of the times in which they were built with character-defining features that speak to who we were and how we lived.

“There’s an emotional connection to be had, for sure,” says Judson Henderson of Callaway Henderson Sotheby’s International Realty in Princeton, New Jersey. The earliest houses here date back to the 18th century. Some homeowners bring “today’s practicality and sensitivity to home renovations” while others go for a gut renovation. “Walk through the door and it’s starkly modern. You feel like you’re in a brand-new house,” Henderson says.

Most makeovers are somewhere in between, using architectural elements as jumping-off points to maintain some sense of authenticity.

Interior designer Sarah Barnard in Santa Monica, California, is a specialist in historic home design. In reshaping Victorian, Spanish Revival and Arts and Crafts estates, she often takes a hybrid approach, “preserving a lot of the original architectural elements and melding them with very contemporary strategies.”

Deciding which of those elements to keep or discard can be a struggle. Is it worth sacrificing what Barnard calls the “little details that made the owner’s heart sing in the initial walk-through” for the larger benefits of functionality and design? “There are always hard decisions to be made but when budget is not an issue, rehabilitating the old is always my first choice.”

People may yearn for vintage homes for different reasons, but one thing they have in common is “kindness,” observes Barnard. “You have to have a sympathetic soul to want to save an old building.”

New York-based writer Iyna Bort Caruso has contributed to The New York Times, The Wall Street Journal and Newsday, among other publications. 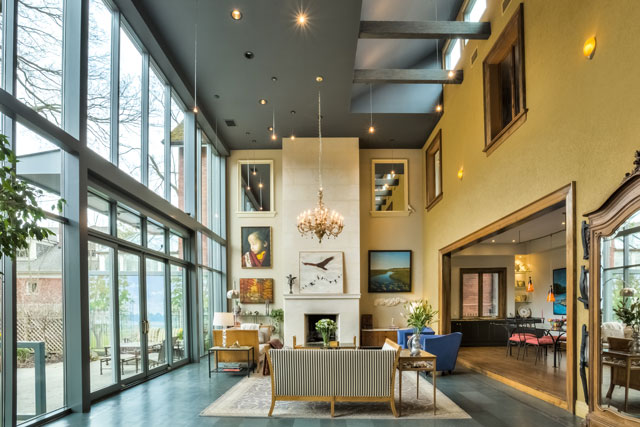 Built in the late 1800s, this spectacular and spacious home has been fully renovated with modern amenities and architectural elements including a high-ceilinged study and a breathtaking two-story glass-walled great room overlooking the verdant ravine lot and in-ground pool and spa. 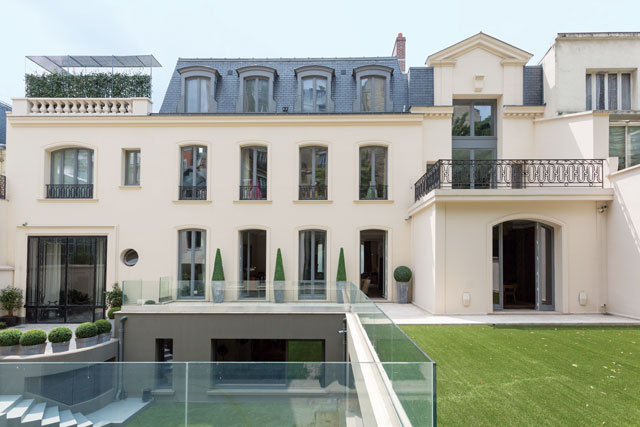 This magnificent, ultra-rare historic Paris mansion dating from the 1930s has recently undergone a complete renovation and now offers sleek open spaces with a contemporary edge whilst at the same time carefully preserving its architectural heritage. 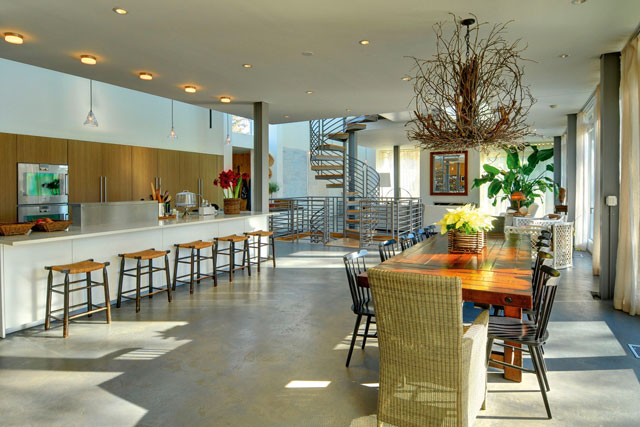 Once the home of James Jones, author of From Here to Eternity, this 1860s Sagaponack farmhouse was built to capture the sunsets from one of the highest points south of the Montauk highway. Today the house has been renovated and merges the intimate spaces of a traditional home with the open, naturally-lit spaces of a modern SoHo loft. In addition, this home incorporates the Crestron computer network, clean conscious building techniques and materials, active solar power and geothermal heating and cooling to create one of the most advanced, healthy and sustainable homes in the Hamptons. 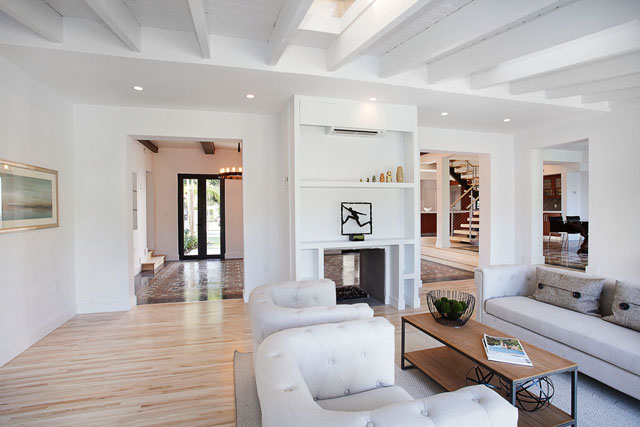 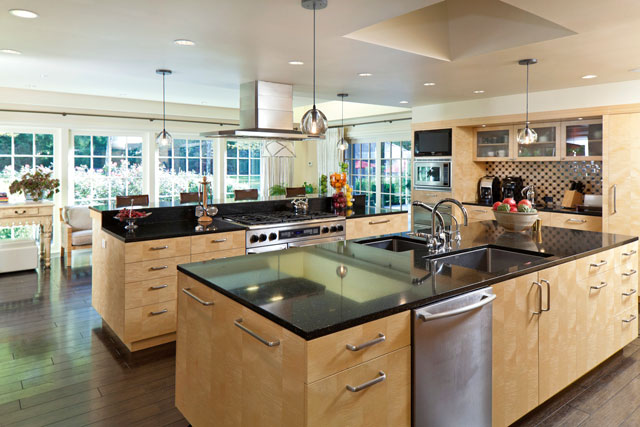 Stunningly transformed, “Everlasting” rivals the toniest East Coast estates, yet is privately situated on twelve acres in Princeton, New Jersey. Under the eye of architect/designer Michael
La Rocca, skilled artisans used materials of the highest calibre to expand, open and visually elevate the brick manor house and its grounds. The sleek central kitchen was cleverly planned with double islands to serve a single chef or a team of caterers.