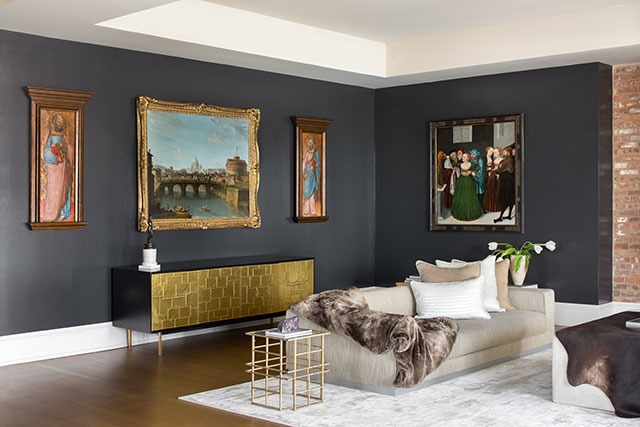 In an elegant Puck Penthouse, Master Paintings such as Antonio Joli’s view of 18th-century Rome and Lucas Cranach the Elder’s La Bocca

NEW YORK – The evening of 20 May, cognoscenti of the art and fashion worlds gathered in one of the sleek, newly renovated penthouses that crown the Puck Building for Master Paintings Reframed, a pop-up exhibition/show house that juxtaposed centuries-old paintings with luxe contemporary design. Hosted by the inimitable Vogue contributor Lynn Yaeger, Reframed exhibited nearly 20 highlights from Sotheby’s 4 June sale of Master Paintings, ranging from Italian Renaissance allegories to late 18th-century French still lifes. In this window-lined SoHo aerie, the pictures added a sense of classicism and elegance to the edgier elements like a hammered-brass console and angular seating. “Part of the idea behind Reframed was to show how great these paintings look in a contemporary setting,” explains Christopher Apostle, head of Sotheby’s Master Paintings department. The message was clear: these aren’t your grandfather’s Old Masters.

And the aesthetic made an impression on the young, vivacious crowd in attendance. “The contrast is really great,” commented Liz Margulies, who as the daughter of megacollector Marty Margulies grew up surrounded by contemporary creations. “We go to Frieze, but we wouldn’t pick up an Old Master catalogue,” observed creative director Kym Canter of her fashion-industry friends’ buying habits. “But this looks really cool. This is how trends begin.” 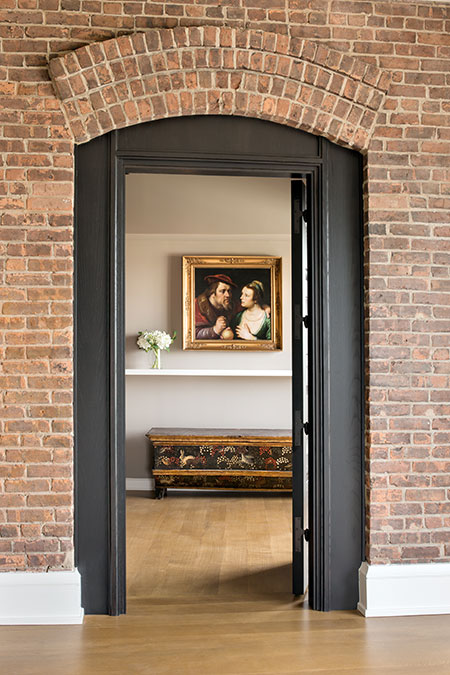 Clever echoes could be found throughout. A sweeping river panorama of Rome by the 18th-century Naples painter Antonio Joli faced off with the iconic Manhattan skyline visible through the terrace doors: a tale of two eternal cities. A picture of Narcissus gazing at his reflection by the early 17th-century Utrecht painter Dirck Van Baburen featured the same blocky planes as the marble coffee table in the living room. 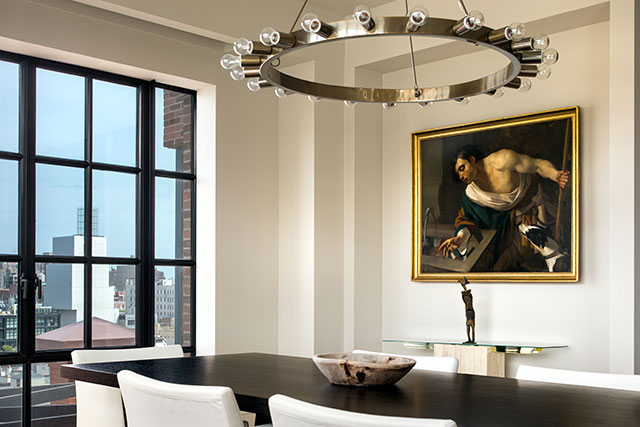 A painting of Narcissus gazing at his reflection by the 17th-century Dutch artist Dirck Van Baburen. Photo by Evan Joseph.

The apartment itself is a mix of old and new. Atop the landmark Puck Building, so named for its original publisher tenant and glinting statues of the mythological sprite that adorn its Romanesque facade, thePuck Penthouses, which are being offered by Sotheby’s International Realty, are a skillful blend of the historic and the cutting edge. “The aim was to create a very high-end residence, a Park Avenue-type apartment downtown,” explains Jose L. Ramirez, the project’s interior architect. Ramirez left the loft’s original vaulted brick ceiling and cast-iron columns intact while weaving in modern amenities and luxurious finishes like hand-matched, open-book marble panels. “We wanted to get the best mix of both sides of that spectrum and bring them together in a cohesive whole. I think great design is timeless.” 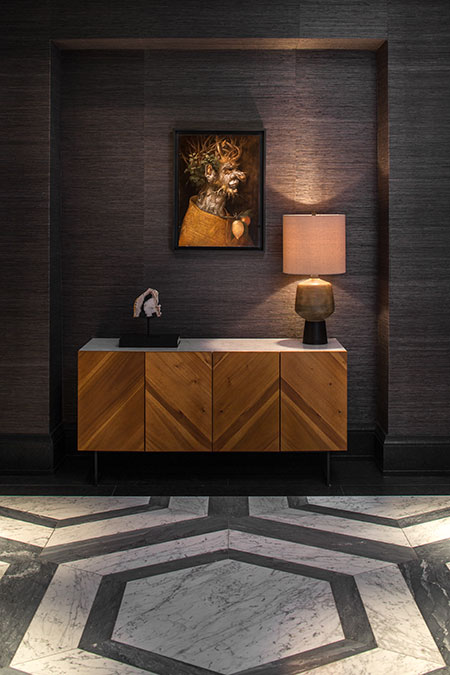 Allegory of Winter by a follower of the 16th-century Italian artist Giuseppe Arcimboldo, from the collection of artist Richard Prince. Photo by Evan Joseph.

More and more, says Apostle, clients are choosing to hang their Rembrandts and van Ruysdaels in nontraditional ways, and he’s fielding growing interest from contemporary collectors, who are getting wise to the Renaissance roots of some of their favorite artists, from Cindy Sherman to George Condo. Gesturing to Lucas Cranach the Elder’s La Bocca Della Verità, a boldly colored depiction of the dramatic climax in a 14th-century saga of forbidden love, Apostle says, “A picture like this, with its strong geometry, could easily work alongside an Abstract Expressionist painting.” Icons and religious paintings have a similar quality. “They’re very hieratic,” notes Apostle. “The gold ground is sort of surreal, otherworldly, and the images are fairly plain, so they also play well with modern interiors.”

Perhaps the best endorsement for era-mixing, however, comes from artists themselves. The cover lot of the 4 June sale is the anthropomorphic Allegory of Winter by a follower of the 16th-century Italian artist Giuseppe Arcimboldo, is from the collection of painter Richard Prince. Says Apostle, “The truism of the best art, from the Old Master period up to things that are still in the studios of Williamsburg today, is that the really good stuff touches us, and continues to.”