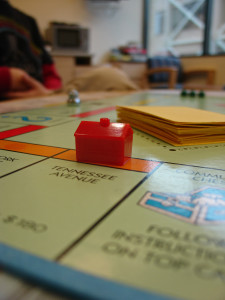 WASHINGTON — Home rental prices are soaring in the San Francisco metropolitan area, while pockets of the Midwest and South are also posting big annual increases.

The influx of tech money fueled San Francisco rents up 14.8 percent, while the San Jose area jumped 12.3 percent. Rents average more than $3,000 a month in these areas. That’s roughly $600 more than rent in the Los Angeles area, $800 more than metro New York City, and $1,000 more than the Washington area.

Prices are also climbing in cities without the same hype from startups and venture capital. Rents rose more than 8.5 percent in Denver; Louisville, Ky.; Kansas City, Mo.; and Nashville, among other metro areas. In many cases, demand for apartments and rentals have outstripped the available supply of rental homes and apartments, causing prices to rise.

But other major cities are seeing a glut of rental properties. Prices have fallen over the past year in six of the United States’ 100 largest metro areas, including Chicago, Minneapolis, New Orleans and Rochester, N.Y.

More Americans have shifted to renting in the wake of the 2008 financial crisis and the housing bust, which caused an avalanche of foreclosures that depressed prices through 2012.

At the end of last year, 36 percent of Americans rented. That’s up from 31 percent before the recession, according to the Census Bureau.

Even though home prices have steadily recovered, the monthly costs of ownership remain cheaper than renting.

The monthly payments from owning a three-bedroom house are cheaper than renting a comparable property in 76 percent of U.S. counties, according to the housing data company RealtyTrac. The analysis released in April examined 461 counties with at least 100,000 people and sufficient housing data.

“From a pure affordability standpoint, renters who have saved enough to make a 10 percent down payment are better off buying in the majority of markets across the country,” said Daren Blomquist, vice president at RealtyTrac.

But incomes have failed to keep pace with the rise in home prices or rents, making it difficult for many to save for a down payment. Average hourly wages have risen just 2.1 percent over the past year.